Major Pope, USMC, graduated from Bowdoin in 1941, where he was captain of the state champion tennis team and a member of Phi Beta Kappa. He fought in the Pacific at Guadalcanal and Peleliu. In 1945 he received the nation’s highest decoration for valor, the Medal of Honor, for leading his rifle company at Peleliu.

We believe the Pope Lecture has enriched the intellectual life of Bowdoin, and hope that it is both inspiring Bowdoin students to public service. The endowment for the Pope Lecture will ensure that it will have a permanent place at Bowdoin.

Contributions to the Pope Lecture may be made by credit card at this link or by check made out to Bowdoin College with Everett P. Pope Lecture Fund in the memo line. 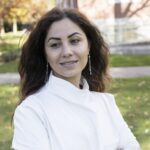 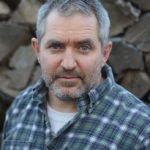 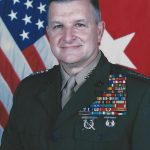 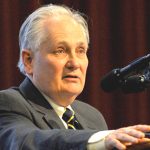 Co-founder Bowdoin Marine Corps Society, a LifeTrustee and former Treasurer of the USS Constitution Museum, and the former President/CEO of Boston Financial Management

Co-founder Bowdoin Marine Corps Society, Senior Research Fellow at the Catholic University of America’s Center for the Study of Statesmanship and a Senior Fellow at Defense Priorities.